Published on April 5, 2014 by Yorki in Uncategorized

Yes, you read that correctly, I meant to write “sheets” rather than sheep.  This is another of my infamous multi-subject posts.  I started this post in late December/early January but was experiencing the infamous, often-occuring internet problems.  And then, well everything changed so quickly with Mom’s accident.  So let me try to finish this now that it’s April!

or the annual Christmas pageant in general.  2013 was the third year in a row that the children of Cercadillo led us in visualizing Luke 2 on Christmas morning.

Every year the children take more responsibility in the preparation. 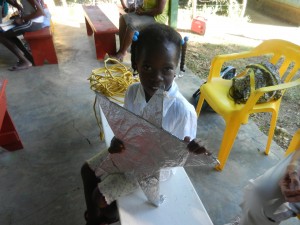 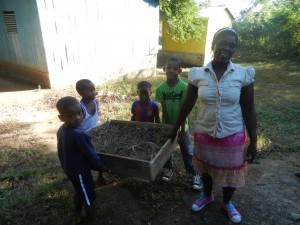 Elida and Kids Preparing the Manger 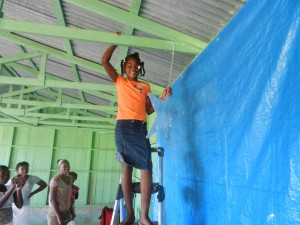 Niñola having a good bit of fun hanging the star. 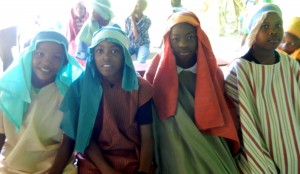 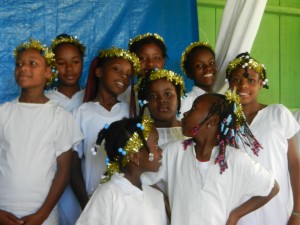 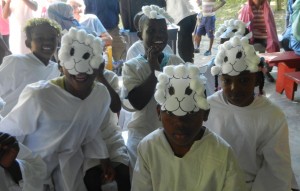 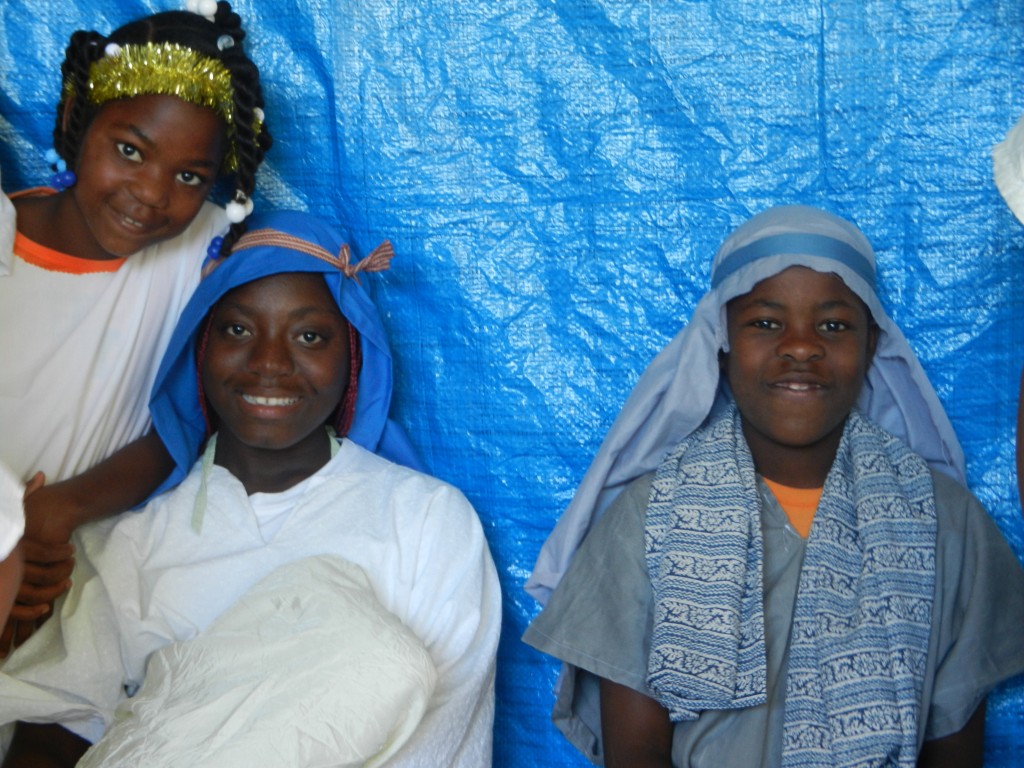 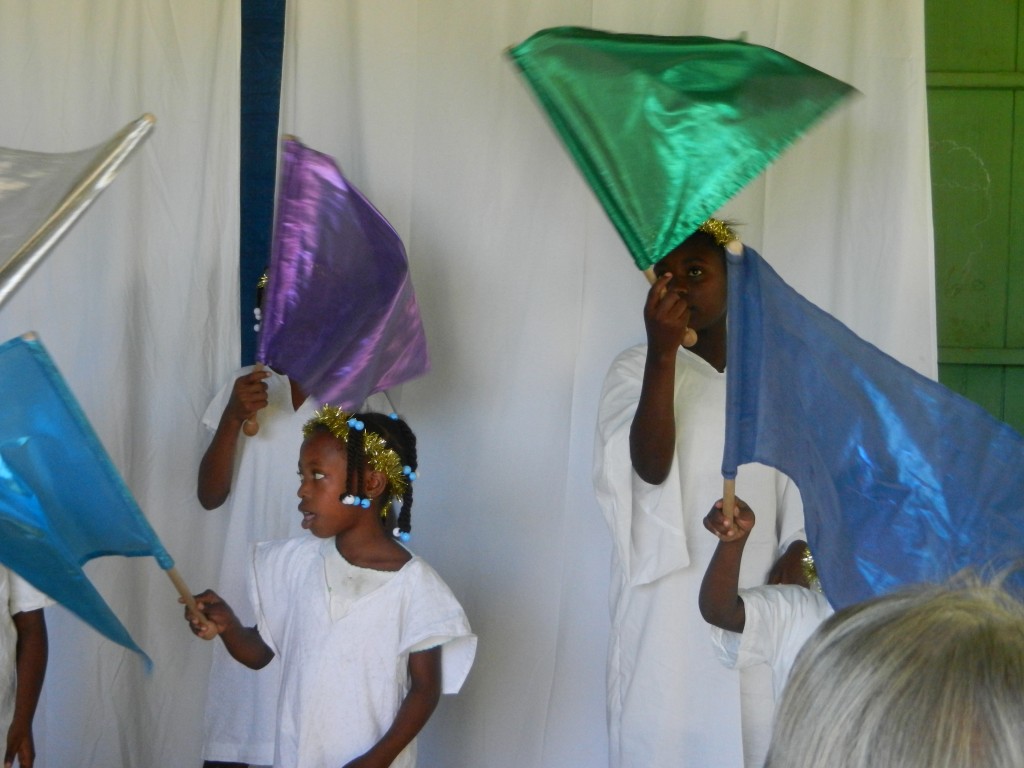 A flag routine performed by our children has also become a part of our Christmas morning traditions.

Perhaps some of you will remember that we were given 1000 lbs of milk bags from Canada.  (See blog “Milk Bags into Mattresses.” ) Many of our families have been busy making mats to use for beds.  We told the women that if they made a mattress, we would give them a set of sheets.  Mom and I spent a morning in late December visiting in homes of those who had completed their task.  You can imagine how thrilled the moms were to have a set of sheets for their children’s new “beds.” 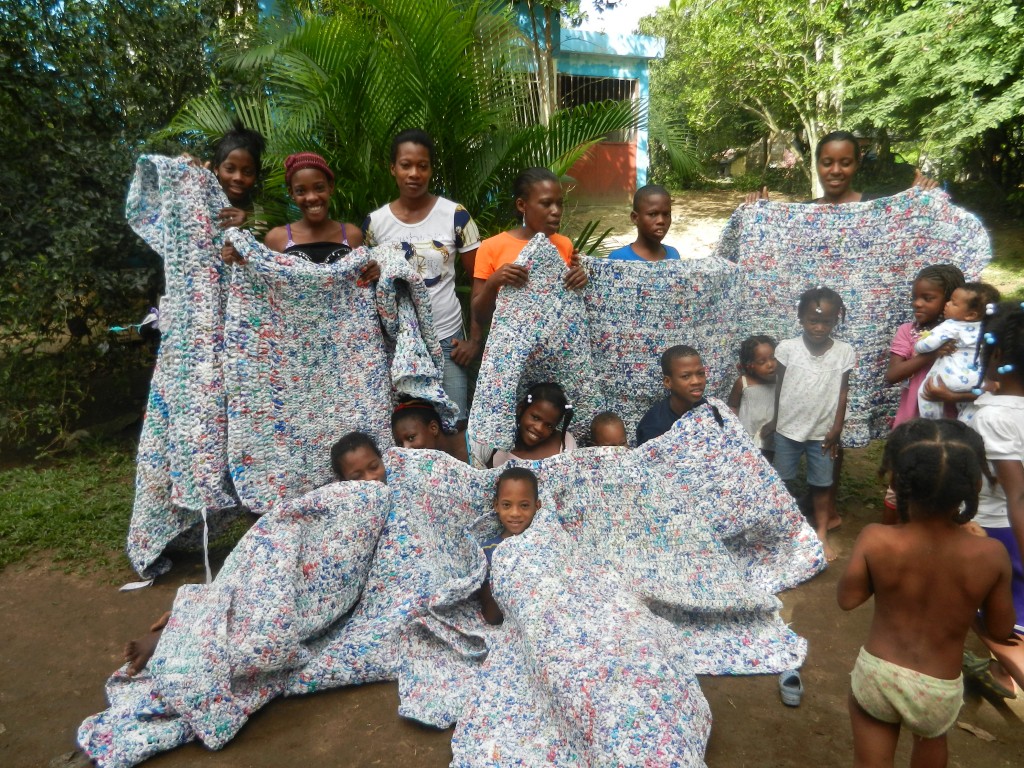 I was extremely surprised and pleased by the ingenuity of some of our families.  They used the bags to make walls to divide room in their homes! 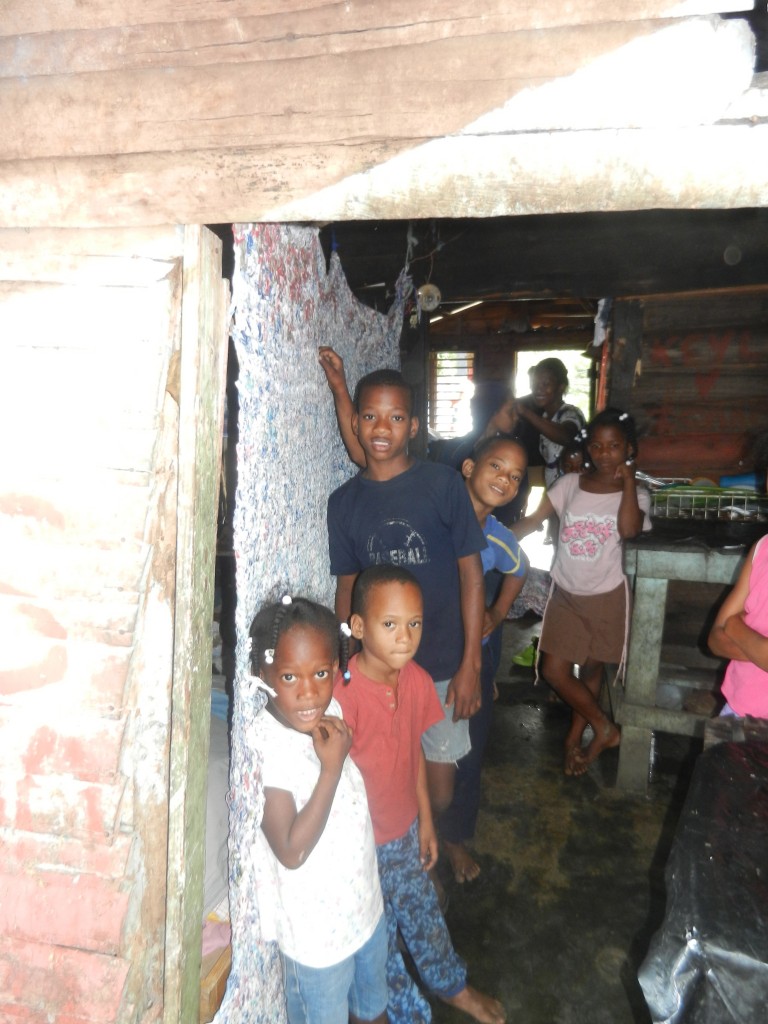 Children in front of a new wall at Marcelina's.

Comments Off on Shepherds and Sheets