And Everything Can Change in A Moment

And Everything Can Change in A Moment

Published on April 5, 2014 by Yorki in Uncategorized 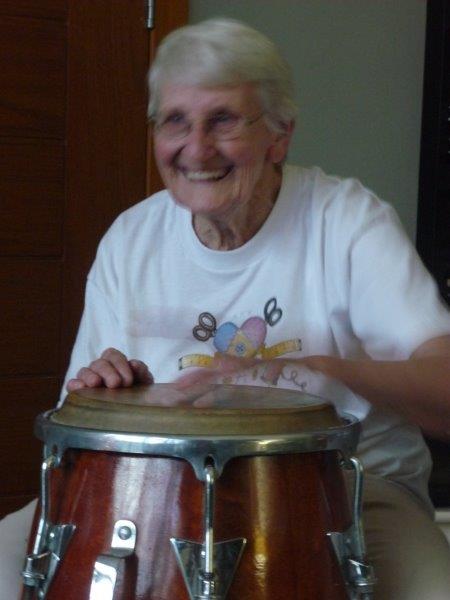 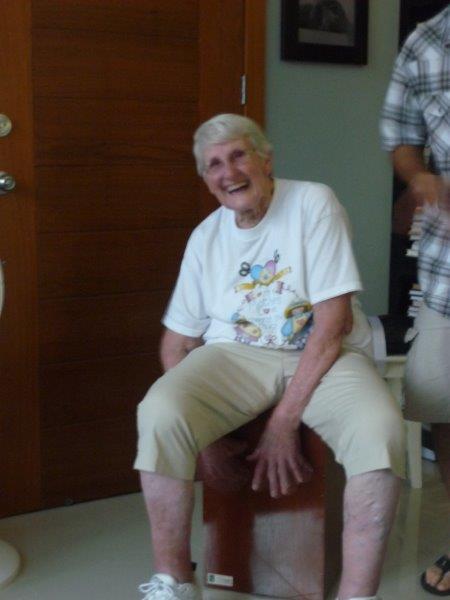 I love these pictures of my mother, Alberta York, playing the drums at our friends, Mary and Terry Schultz’ house in Santo Domingo on New Year’s Day.   (Mom had been with me in the DR since mid November.) I would be surprised if Mom had ever even thought about taking a drum lesson in any of her 81 years.  And yet, when Terry suggested she might want to try, she jumped at the chance.

She seemed to actually have some natural talent on the box drum (cajon.)  My goodness we all laughed that day.  So thankful that Mary captured these pictures.

In just a moment so many things can change, can’t they?  At 2:30 AM in the morning of January 6, 2014 my mother awakened to use the bathroom and somehow fell and hit her head on the bathroom ceramic.  We were able to quickly get her to an emergency room where it was discovered that she had a subdural hematoma and would need an immediate operation.

The first operation seemed to be successful and the neurosurgeon told me that he was expecting a complete recovery.  During the night another subdural hematoma developed and a second operation was necessary.  Mom has never recovered from the second surgery.

After two weeks in intensive care in Santo Domingo, we flew in an air ambulance to Sarasota, FL with the hopes of neurological rehabilitation.  After two weeks in Sarasota, we were told that Mom was not alert enough for rehab, that the prognosis did not look at all promising, and it was suggested that she be moved to a long-term care facility.  At that point we again flew by air ambulance, this time to Clark County Nursing Home in our hometown of Kahoka, MO.

I stayed with Mom in Kahoka for about three weeks until it seemed that she was stable and I became convinced that there was nothing else I could do for her.  Four of my siblings live within a few minutes of Kahoka and two others only live four hours away.    Many of Mom’s friends were dropping by to visit her and even to read to her, so as tough as it was, it seemed it was time for me to return to the village that Mom had come to love as much as I do.

That was a very concise recounting of January through early March.  As you can perhaps imagine, this has been and continues in some ways to be a very traumatic period in my life.  Although I’m back in the DR, I often find that my heart and mind are divided.  There are thousands of things to be thankful for in this experience, and perhaps I’ll share those in a future blog, but one that stands out is how thankful I am that Mom’s accident happened after she had been with me for awhile.   She went everywhere with me and soon won the hearts of those she met.  My women in the village are grieving with me with that “Our Mamacita” is now so disabled.   I’m constantly encountering someone at church, in the neighbourhood or grocery store who asks about her.  Even the exterminator calls to check to see if there is any change in Mom’s condition.  And of course, my other dear ex-pat friends are a huge support. So although it was so hard to leave Mom there, I am thankful to be surrounded by others who know her and love her as well.

I’m so thankful that I had the chance to be with Mom during her last fully alert and mobile days.  I’m so thankful that she felt so fulfilled and loved on here.  Just a day or so before the accident she told me, “I’ve had the time of my life these last few weeks.”