Published on May 28, 2012 by Yorki in Uncategorized 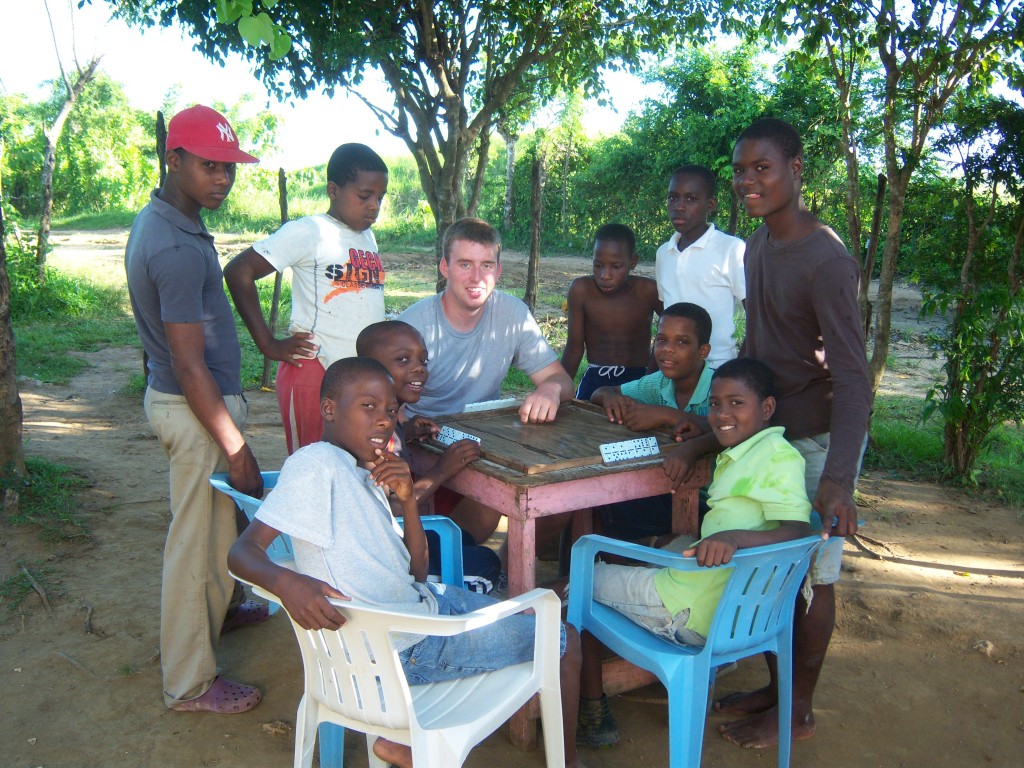 Ryan Quinley has arrived and in two days has already developed a following of boys.

Just what we wanted to see happen!

I introduced Ryan to Nestor, the boy sitting in the white chair, and asked him to show Ryan the village while I was working with the women.  Several hours later Ryan returned.   He and  Cercadillo boys had played in the river, eaten mangoes they had climbed in trees to pick, played dominoes and visited in several homes.

Ryan just completed his sophomore year at Hannibal-LaGrange University  as a missions major and is spending 10 weeks with us in Cercadillo.  He is bi-lingual, athletic, plays the guitar, and has much experience working with children and youth.    AND he can fix things!

Please pray for Ryan as he serves with us this summer.

And just for funzies, a group picture of those INCREDIBLE folks from the Hannibal-LaGrange University nursing department who worked with us in Cercadillo a couple of weeks ago.  So thankful for the quality of students HLGU is sending our way!

Comments Off on Ryan Quinley