Published on November 9, 2013 by Yorki in Uncategorized

This is it!  The day that I catch up on the last few months’ blogs.  Hang on!

This was the second year that we had the privilege of partnering with the nursing students and staff from Hannibal-LaGrange University.  In early May they again held health education classes for our women, reinforcing concepts taught last year and addressing specific topics of interest identified by the villagers. 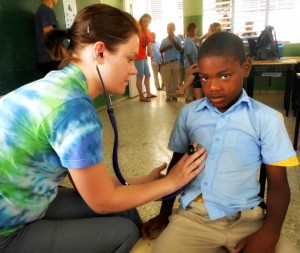 One additional activity for the nursing students this year was to visit the local elementary school.  Public school students were given a basic health exam and vision screening.  Identified health issues were discussed with the principal, who in turn notified parents.  Children with vision concerns were given a paper to take home that referred them to the vision clinic scheduled in Cercadillo for later that month.

Plans for May 2014 include more First Aid training and possibly CPR training.

VISIT TO THE AQUARIUM 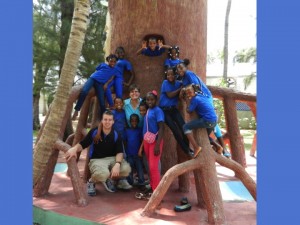 We took a trip to the National Aquarium to reward children who were giving their best effort and showing respect for others during our Super Sabado (Super Saturday) tutoring activities. What an incredibly fun day that was!

The bus ride itself was quite an event for the children, some of whom had never left the village before. My children get excited to see pictures of tropical fish in books, so watching a large variety of live fish and other sea creatures was a totally overwhelming experience.  We definitely got our money’s worth from the tickets as we went to some of the exhibits several times!

After the aquarium we took the kids outside where they saw the ocean for the first time.  They were very quiet at first, amazed by the ocean’s vastness. Growing up in northeast Missouri, I had never seen the ocean when I was ten years old, but these children live less than ten miles away from it, on an island!  “Show us America, Ina,” one of the children said.  I replied that I couldn’t for a couple of reasons, first it’s really, really far, impossible to see from where we were standing. Also, we were facing south at the time. 🙂

A picnic lunch, a visit to a playground and ice cream rounded out the day.  What a fantastically fun day!  I have the best job in the world! 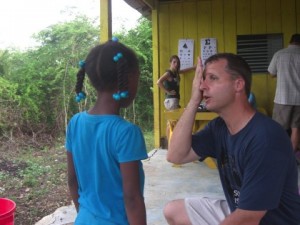 On May 26 forty people left our ministry center in Cercadillo with prescription glasses!  Approximately 100 people received a professional eye exam. We are so thankful for Hunter Vision from Orlando for preparing many hundreds of  pairs of donated glasses, transporting them to the DR, giving professional eye exams, and fitting people with the appropriate lenses.  (Villagers paid the equivalent of $2.50 per pair of glasses.)

Ryan Quinley from Hannibal-LaGrange University ( in the plaid shirt), interned during the summer of 2012 and returned to work with us from January through August of 2013.  I cannot imagine how 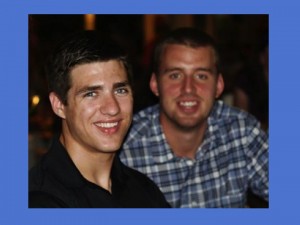 we would have moved the mission base and settled into to it without his help.  He was there at just the right time with just the right skills.  Ryan was also an invaluable asset in reaching out to boys and men in Cercadillo, along with helping connect us with college students at Iglesia Bautista Interacional .

David Manganiello, also from Hannibal-LaGrange University joined us for the summer.  Villagers quickly responded to his friendly, outgoing personality.  Everyone benefitted from his servant heart.

Jessica Terpstra from West DesMoines has been with us for the past five summers.  A teacher during the school year, she plays a critical role in helping run our summer programming.  And for the last three years she has organized a group from her church to come lead a summer camp.

I can’t begin to express my thanks to these three along with others such as Mandy Riddle and Emily Phillips who’ve been with us for shorter amounts of time.  We always seem to have just the right people at just the right time.  Hmm . . . perhaps God has something to do with this?  🙂

Valley Church (Jessica Terpstra’s church 🙂 ) returned in June to lead an English children’s camp.  The campers were exposed to basic English skills, such as greetings, numbers, colors and family words.  Opportunities to practice the skills were presented in a variety of multi-sensory activities, the favorite of which may have been playing “Twister.” 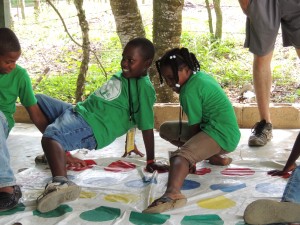 During the craft time the boys were introduced to some basic woodworking and the girls were taught to crochet rugs from old t-shirts.  Some rugs looked a little more like Dr. Seuss hats, but it was an enjoyable learning experience for everyone.  The goal is to build on these experiences from year to year. 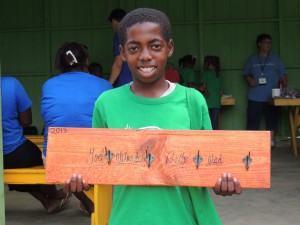 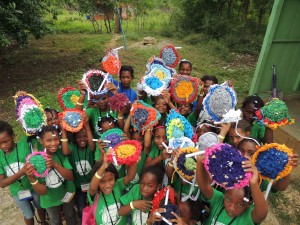 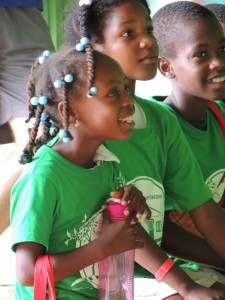 Gateway Community Church lead out in our Vacation Bible School for the second year in a row.  The focus was on Paul’s Journeys.  Along with lots of great learning activities, fun crafts, sports times and engaging interactions with the team, Gateway again mesmerized our children with their drama skills.  This year we were introduced to “Arturo the Burro” and his sister, “Guadalupe.”

(So sorry, no pics of this camp at this time!  I changed computers and have “lost” a lot of pics.  Hopefully this is only temporary.)

Four to six years old had the opportunity to participate in four days of shortened activities.  Their experiences were designed around Jesus’ miracles.  Perhaps a favorite day for them was when we were talking about the four friends who brought their paralysed friend to Jesus.  We were using the children to act out the story and realized that each child wanted to be lowered on a sheet through the “roof.”  My patience intern boys lowered child after child as we told the story over and over again.  I love working with preschoolers!

One problem I’ve come to realize is that my village children are getting older!  Before we offered camps for 7-12 year olds.  However, several 13-17 year olds were trying to convince me that they were still 12 so that they could participate in summer programming.  Thus, our youth camps began.

Fifty-six youth (13-17 year olds) signed up for camps this summer.  Thirty nine of those were boys.  I was quite nervous about how we could provide a quality experience for them.  We had two great male interns, but I felt we would need much more help.  JAD (Jovenes Andando Differente) the college department of Iglesia Bautista Internacional, a Dominican church in downtown Santo Domingo, came to the rescue.  My youth absolutely loved the interaction with the college students and without a doubt, the college students loved the interaction with my youth.  Definitely a win-win for all!

We are making plans for the college students to continue partnering with us in future youth activities as well as plugging them into our Super Sabado tutoring program during the next year. 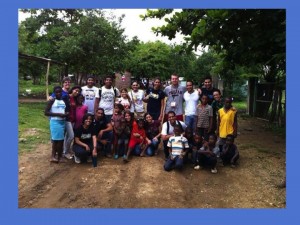 In all 176 campers were enrolled in our summer programming.  Thanks to Valley Church, Church in the Pines and Lawson Baptist Church, each camper received notebooks, pencils, erasers and small pencil sharpeners to help prepare for the new school year.  What a wonderful way to partner with the village families and to promote education!

The End of the Tour

I’ve been in the States since mid September and after one more speaking engagement I’m beginning the journey back home to the DR.  It’s been a busy, productive time filled with 50+ different meetings regarding The Cercadillo Project plus our annual face-to-face Cercadillo Advisory Team meeting in Herndon, VA.

Next week I’ll be in Florida to enjoy some downtime at a friend’s beach cottage.  I always find it hard to schedule in vacations but am so thankful for the upcoming time to rest, reflect and get refreshed before heading home on the 21st.

I’m eager to get back to the people I’ve spoken of so often. I am returning very encouraged by the number of individuals and groups who have been connected to or are starting to connect with the project.  I continue to be in awe of everything that is unfolding in a little forgotten village named Cercadillo.   Thank you to all who partner in this endeavor.